I felt bad but I feel little bit better now

Georg Óskar is an Icelandic artist based in Berlin. Figurative, often minimalistic and free from rigid structure, is an obvious and direct description of Georg’s paintings. From early on, Georg has been loyal to his original style and imagery. His intimate and honest relationship with the canvas indicates no holding back. Essential is the impetuous method of free-flowing colour and lines to grasp an exact moment of influence, as well as the passion of sharing stories and his peace of mind. He captures interesting events, fantasies or memorable situations from his own life, often under the influence of music and poetry. In Georg’s work, the individual is significant. Not just as a motive or a physical form, but a way to express thoughts and everyday wonderings. Generally, Georg displays his characters in solitude, as a part of an attractive nature, the usual surroundings of everyday life, or even in an otherworldly environment.

Following completion of his MFA from the Bergen Academy of Art & Design in Norway in 2016, Óskar has exhibited Internationally in Spain, Germany, China, Switzerland, Norway and Iceland with upcoming group and solo Exhibitions in 2019. This will be Óskar’s first time exhibiting in the UK.

“My work could be described as a visual diary. I will continue to pick something out I find interesting from nature and people, for example, something super normal and seemingly insignificant. Then the work will still be open enough for people to sense something else that I didn’t.” – Georg Óskar

“With a distinct twist on his subject matter, Óskar explores life. Relatable and real, Óskar offers his sometimes sarcastic, but always genuine observations of our existence.” – Art Maze Magazine

“humour and innocence…. lift his work up from the murkiness of his palette and the often poignantly dark subject matter and enable him to maintain a bemused distance from the profane, the dark, and the obscene. It is an approach that suggests that the true brilliance of his art lies not on the surface of his canvas but rather on the conceptualization behind it.” – Centred.ca 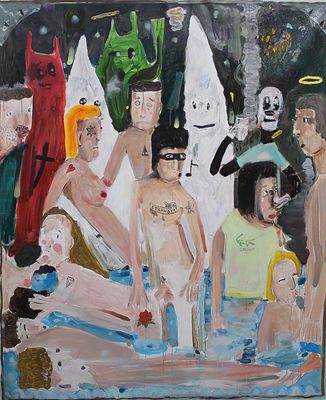 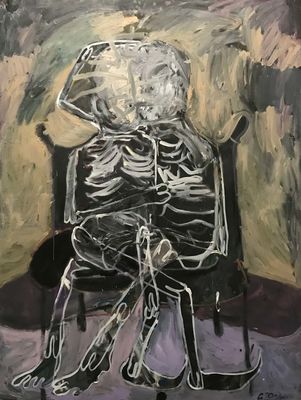 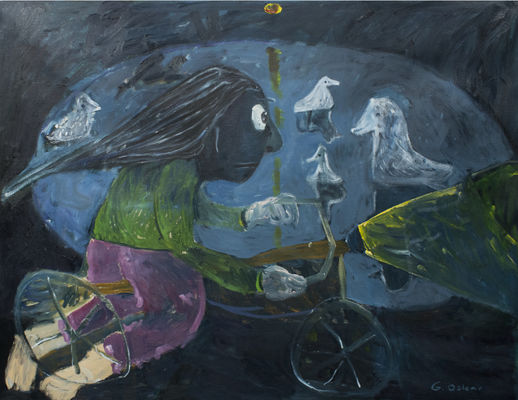 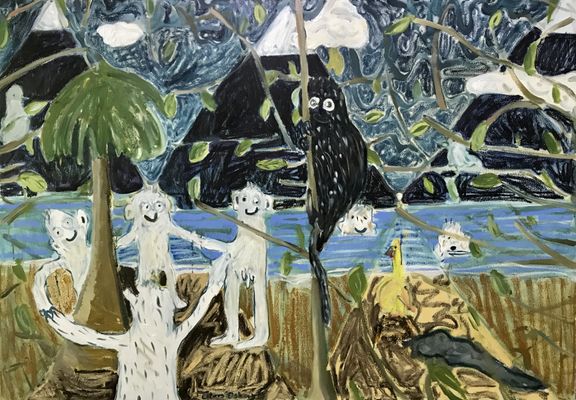 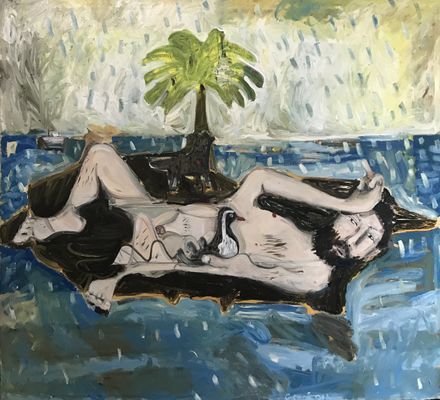 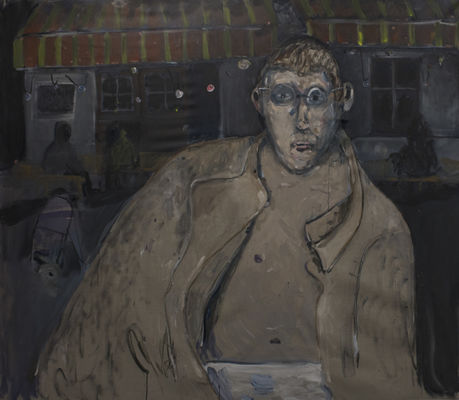