For their first UK show Tönsberg and Dire will create a collaborative artwork, which explores Ideological realism, an artistic movement in 19th century Russia, which was based largely on the theory that literature and art should attribute a social and moral responsibility. Formed by a group of young artists who rejected the institution, frustrated by its elitism and conservative separation between high and low art. In an effort to bring art to the people, the students formed an independent artistic society, The Petersburg Cooperative of Artists (Artel). In 1870, this organisation was largely succeeded by the Association of Travelling Art Exhibits (Peredvizhniki) to give people from the provinces a chance to follow the achievements of Russian Art, and to teach people to appreciate art. In a similar fashion a united rise took place among the literary world - ideological realism tried to deliver an ideological message to the reader, in addition to staying close to reality. Ideological realism is evident even in Dickens’ challenge of institutional and often polemic attitudes towards outsiders and those often considered ‘lower’ in society.

Margeir Dire was born in Akureyri, a small town in the North of Iceland, after studying in Barcelona he settled Reykjavik to continue his practice, fusing Fine Art and Street Art. Dire claims to be the founder of ‘Absorbism’, a way of painting that does not exclude any way of expression, but gathers them in one whole. Dire has exhibited extensively across Iceland as well as Spain, Finland and New York. Örn Tönsberg studied Literature at Háskól Íslands, Reykjavik and has been a prominent figure in the Icelandic art scene for more than a decade. His works, both animated and vibrant, illuminate the streets of Reykjavík. Tönsberg preferring to compare his work to high art although the graffiti is definitely always in the background, as he states, it is his voice and tool. Tönsberg is not limited to graffiti but enjoys the great exposure it attains.

During the four days each artist will be working opposed to one another, creating works separately on opposite sides of the gallery and then, as if colliding into one another will meet ‘in the middle’ creating a collaborative piece, an exploration into Ideological Realism. As we learn more about how life works, the line between realism and abstraction becomes blurred. 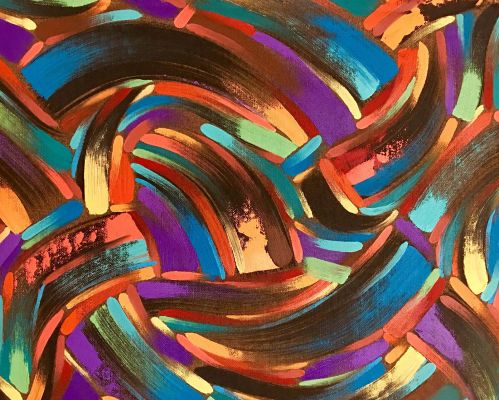 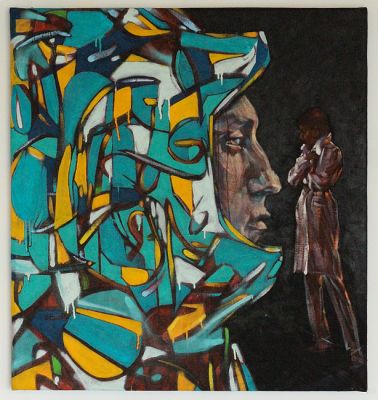 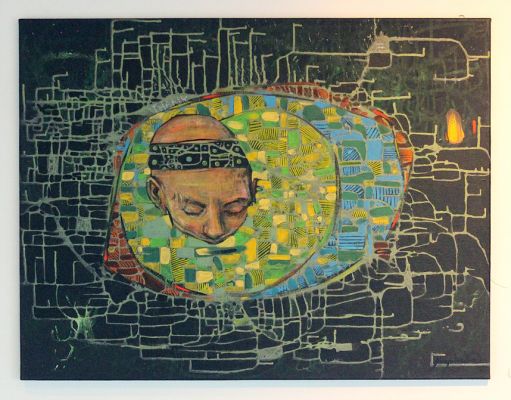 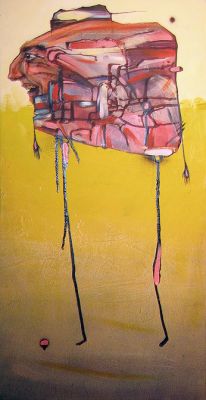 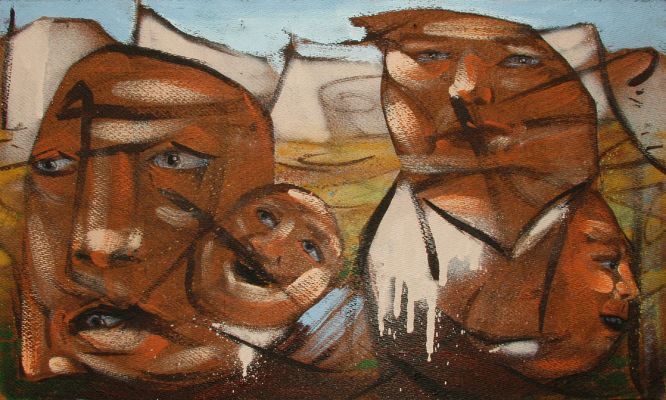 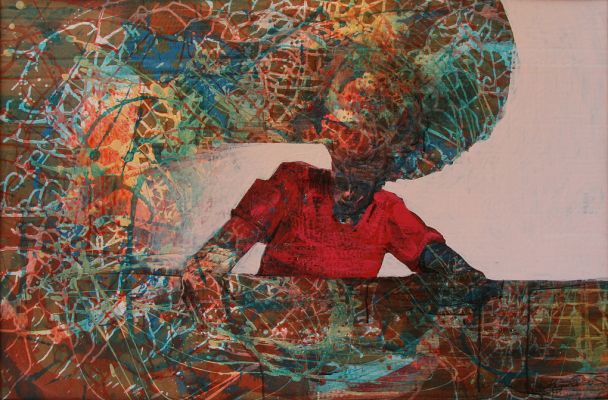