The Wednesday Lecture and Wayside are proud to present Bob and Roberta Smith in person for a screening of the film Art Party and a discussion/Q&A at the BALTIC Centre for Contemporary Art.

How do you tell one man he’s got it wrong?

In 2011, artist Patrick Brill (known creatively as Bob and Roberta Smith) made waves in the art world with Letter to Michael Gove, an oversized painted-word response to the former Education Secretary’s proposed eradication of art from the British school syllabus. In his feature film Art Party, Smith builds on his 2011 protest with a mix of performance, interviews and imagined scenes, en route to the 2013 Art Party Conference, where he and other speakers championed the importance of art and its place in the education system. Part documentary, part road movie and part political fantasy, Art Party ultimately asks “how do you tell one man he’s got it wrong?”

This unique and provocative film stars John Voce as Michael Grove MP and Julia Rayner as his parliamentary aid, featuring work and comment by artists as diverse as Cornelia Parker, John Smith, Haroon Mirza, Jeremy Deller and Jessica Voorsanger. With original music by Flameproof Moth, the Ken Ardley Playboys and The Fucks.

Tickets for the event can be purchased here or below. 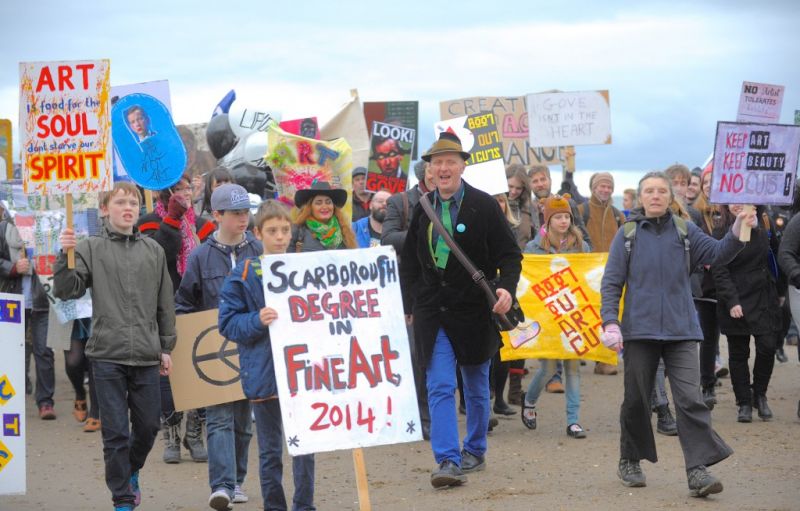