The Great War in British and French Political Cartoons

Ten years after the signing of the Entente Cordiale, which sought to end centuries of rivalry and dispute, Britain and France found themselves fighting as allies in the unprecedented carnage of World War One. In general the press in both countries reported the war in a manner that bolstered national pride, demonised the enemy and convinced the general public that the war was being  progressed towards victory by the two allies accordantly. This was also the main purpose of many of the political cartoons published during that period. However a close examination of some of them reveals that the stresses in the relationship between the two countries had not been completely resolved. This talk will look at some of these cartoons and examine how they reflect the progress of the war and the British and French view of their relationship during the conflict. 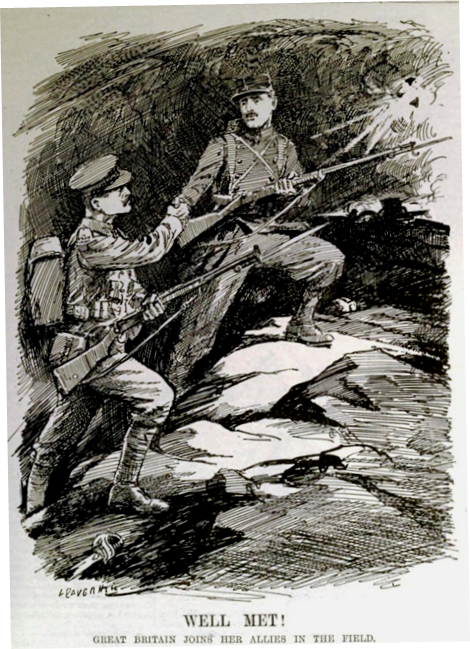