The changing ‘popular’ image of the Great War, from propaganda to parody and beyond

The popular image of the Second World War remains largely unchanged from 1939 to today. With few exceptions, the war films and propaganda posters of the time express sentiments about the war that have become fixed “truths” which continue to be repeated with variations. The image of the First World War is radically different, and perhaps unique in the unusual nature of the way it has been absorbed into popular memory. Though it preceded the Second World War by a mere twenty years, the imagery dating from the war itself seems radically alien. Later films about the war continually adopt a narrative of failure and futility, in stark contrast to the typically “heroic” narratives of events twenty years later. Though the attritional battles of the Somme and Passchendaele are remembered, the war-winning battles of 1918 barely exist at all in popular memory. An almost wholly caricatured version of the conflict came to be dominant from the 60s to the 90s.

This talk will look at the changing popular image of the war, contrasted with that of its successor, looking at why certain types of image that seemed compelling at the time, seem so alien now, and how a particular narrative of the war became, as it were, entrenched.

Biography
Paul Barlow is senior lecturer in the History of art at the University of Northumbria. He is the author of Time Present and Time Past, a critical biography of the Pre-Raphaelite painter John Everett Millais. He has also written widely on other aspects of British art and culture, including on Ruskin, Carlyle and other Victorian writers. He is currently researching aspects of Celtic culture in Brittany, and representations of Shakespeare. 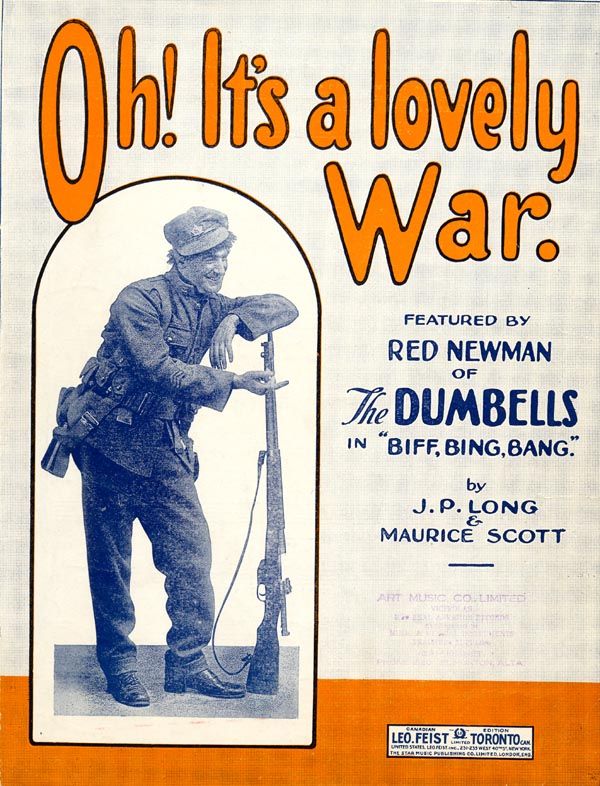